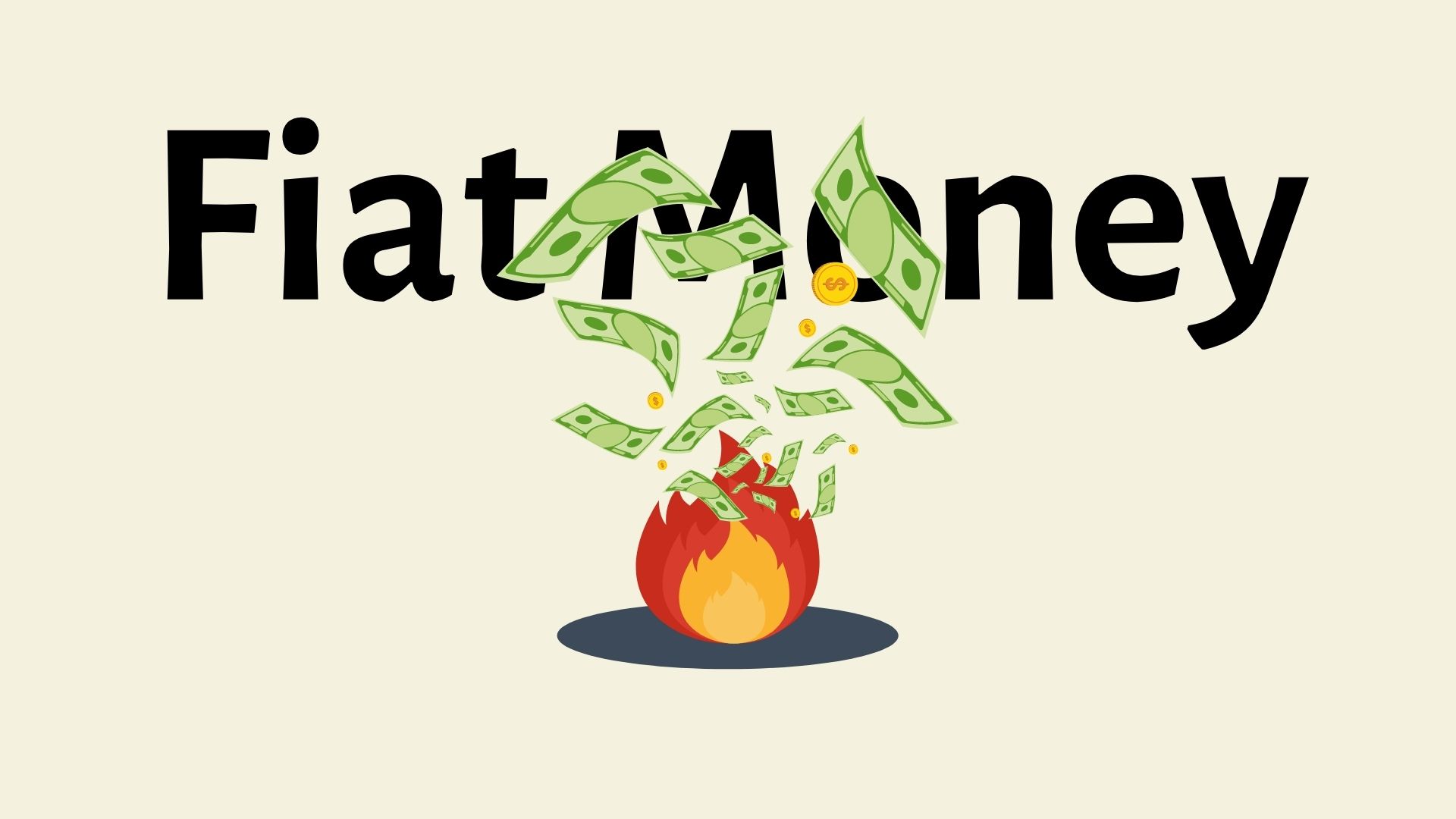 Well, this article is written on a very basic level for new investors in Cryptocurrency as we often come across the term ‘Fiat’ while reading books written on Investment. So, what actually is Fiat Money?

To start with, let me ask you a question, what is the value of the Rs 100 note in your pocket? Why do you think that piece of paper is worth Rs 100? Whom are you trusting if you are using that piece of paper as a currency? Well, these 3 questions answer most of the concepts of money in the modern economy. Fiat Money is a government-issued currency that is not backed by any physical commodity such as Gold or Silver but is rather backed by the Government which has issued it. Fiat Money has value just because the government tries to maintain its value or at least two people agree on its value.

If we look at history, Governments would mint coins of precious metals like Gold or Silver or they would print money that could be redeemed for a set amount of physical metal. Unlike that, today the Fiat Money which we use is inconvertible and cannot be redeemed. But wait, we can buy Goods or avail various services for it in exchange right? Yes, that’s true because as I said above, the printed paper has value because people believe it to have value.

Now, let’s start discussing the ups and downs of using Fiat Money for our economy. To start, Fiat Money was created in the year 1971 when US President Richard Nixon took the dollar off the Gold Standard. From then, the US Dollar and all currencies that are used across the world became Fiat Money or as Robert Kioski says, “Fake Money”. Because fiat is not liked with any reserve such as Gold or Silver, it has a potential risk of losing value because of inflation or becoming garbage in case of hyperinflation. If we, as citizens, lose faith in a nation’s currency, the money will no longer have any value and it will become just a regular piece of paper. We have seen that happening in Zimbabwe or Argentina or Venezuela. That is very different from a currency that is backed by Gold since it will have intrinsic value because of the demand for Gold in Jewelry, Computers, Aerospace, Vehicles, etc.

Fiat Money can be a great tool for the government to control the nation’s economy. It helps in storing value, helps in accounting and day-to-day trades, Since the early 20th century, Fiat Currencies gained popularity as the governments and Central Banks sought to protect their economies from the natural booms and busts of the business cycle. As Fiat isn’t scarce like Gold or Silver, Central Banks like the Fed or the RBI have much greater control over its supply which provides them much greater power to manage economic activity in a country. Economic Activity includes Credit Supply, Liquidity, Interest Rates, etc.

The Financial Crisis of 2007, who can forget that. This was the year when subprime mortgage crisis started and the housing industry’s asset bubble burst. In Feb, 2007 existing home sales in the US peaked at an annual rate of 5.79 million. Prices had started falling in July 2006, when it was around $230,400. Some people said that it was because Fed had raised the fed funds to 5.25%.

This incident damaged people’s belief that central banks can prevent depressions or serious recessions by regulating money supply. A currency, that is tied to Gold is more stable than Fiat Money because of the limited nature of Gold. With Fiat, there are more chances of creation of bubbles just because of it’s unlimited nature.

The African nation of Zimbabwe provided an example of the worst-case scenario in the early 2000s. To counter some serious economic problems, the country’s central bank started printing money at a whooping rate essentially triggering hyperinflation. The average rate of inflation ran between 230 and 500 billion percent in 2008. Prices rose so quickly that consumers were forced to carry bags of money to purchase basic staples. At its peak, the 100 trillion Zimbabwean dollars was worth 40 cents in the US.

The sole purpose of me writing this article from various sources was to clear one point. Fiat Money cannot be a store of value. Stop saving those fake paper bills and start accumulation real money which is Gold, Silver and Bitcoin. As Governments, keep printing these fake notes, we have to hold on to real assets. This was not written to hurt any political sentiments, the information above can be found on the Web.

I write articles on Blockchain and Cryptocurrency. Apart from that, I have a youtube channel where I review gadgets.

Swipe (SXP) Token Discussion & Analysis | Is worth it?