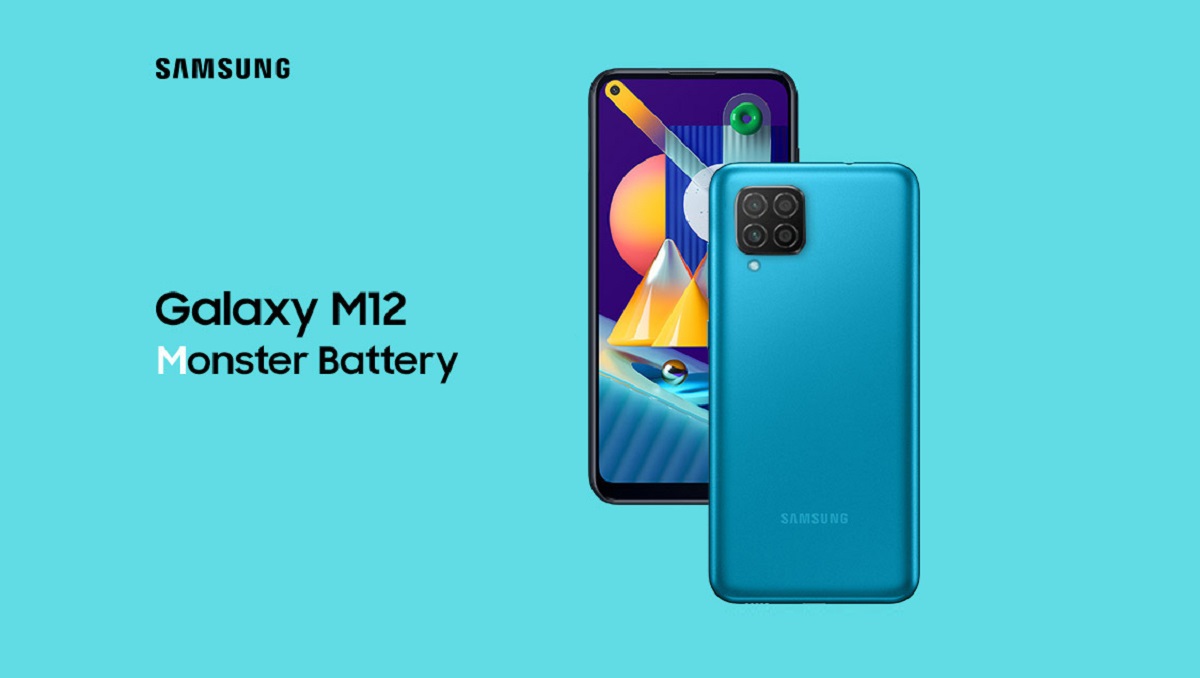 The South Korean tech giant, Samsung is all ready to add a new smartphone to the Galaxy M series in India. As already mentioned in a previous article by us that Samsung had gotten the Galaxy M12 registered on the BIS(Bureau of India Standards) website and so, the launch date was very near in India and now Samsung has announced that the M12 will be launched in India today. The phone was first launched in Vietnam last month and is considered to be the successor to the Samsung Galaxy M11. The phone will have a quad-rear camera setup and a waterdrop-style display notch designed selfie camera. The phone is believed to come in three RAM and three ROM variants. As per the Vietnam listing of the phone, the phone is supposed to come in three colour variants.

The Galaxy M12 is believed to come in three RAM variants of 3GB, 4GB, and 6GB along with three ROM variants of 32GB, 64GB, and 128GB. The exact combination of these variants are still unknown and so is the pricing. Samsung hasn’t officially revealed any information about RAM and ROM combination of the different storage variants and also about the pricing. However, the price is tipped to be around ₹12,000. Based on the Vietnam listing, the phone will have three colour variants which are Attractive Black, Trendy Emerald Green, and Elegant Blue.

The launch event will be live-streamed on YouTube which is scheduled for today at 12PM(noon). The phone has been founded to be listed on Amazon with its very own dedicated page.

The Samsung Galaxy M12 will come with a 6.5-inch HD+ (720×1,600 pixels) TFT Infinity-V Display with a 20:9 aspect ratio and 90Hz refresh rate. The phone is said to be powered by an octa-core 8mm Exynos SoC processor which could be Exynos 850. As already mentioned earlier, the phone is believed to come in three RAM variants of 3GB, 4GB, and 6GB along with three ROM variants of 32GB, 64GB, and 128GB. The storage can be expanded via a microSD card. The phone will also have a battery capacity 6,000mAh.