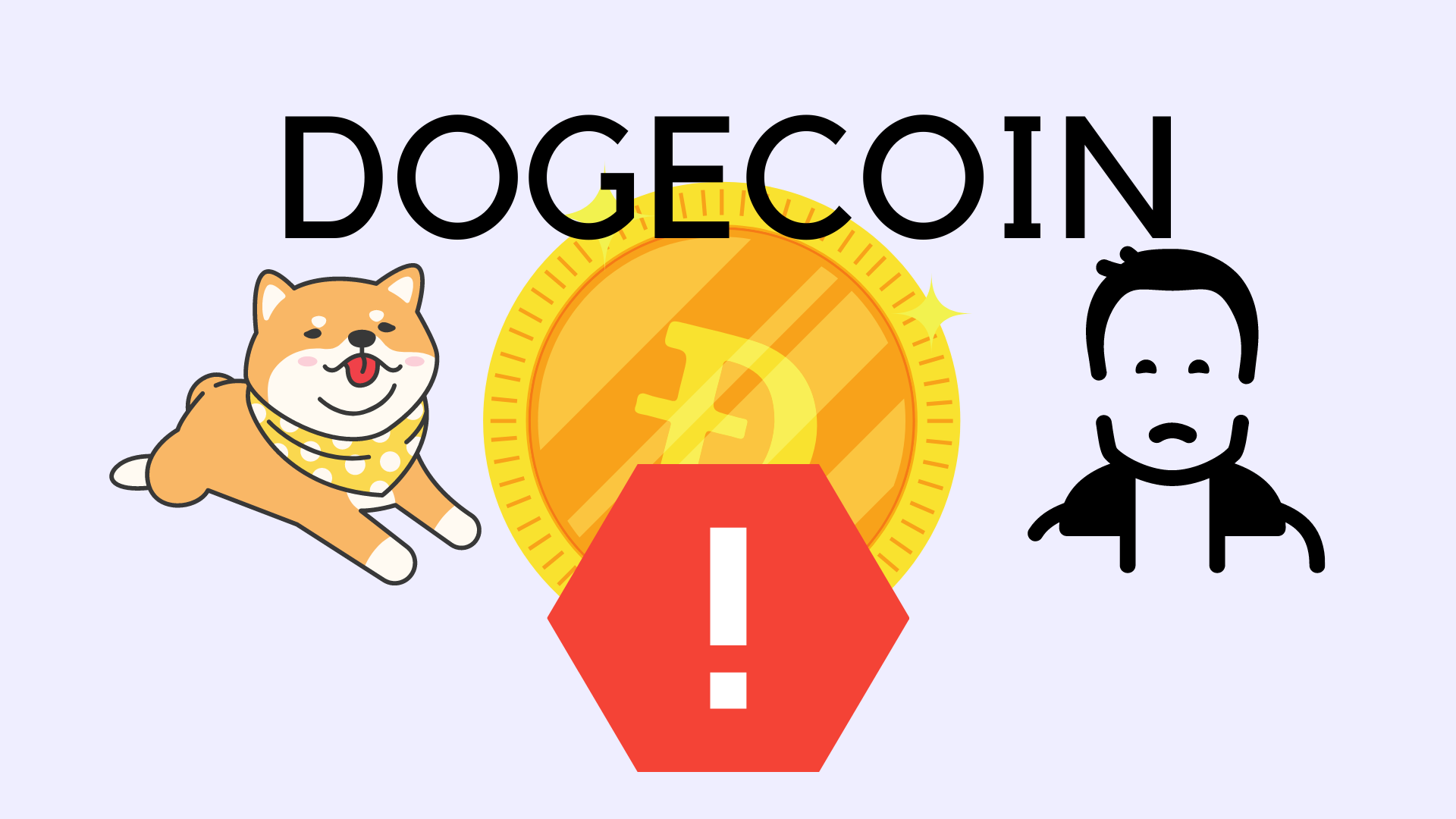 Why should you avoid DogeCoin | SCAM, PONZI, RUG-PULL ahead

Ever heard of DogeCoin ? Probably you must have heard. Today, I’ll explain why new investors and seasoned traders should stay away from DogeCoin at all costs to save their money.

DogeCoin was created back in 2013 by Billy Markus and Jackson Palmer. Originally it was made as a joke to make fun of the cryptocurrency industry and specifically Bitcoin. The duo put together a website for this meme coin which exists to date (dogecoin.com) and then they started to market the altcoin to the entire crypto world.

If you look at memes it’s a little hard to believe that people took it a bit more seriously than it was expected.

It slowly started to gain pace in 2013 when its initial price tripled as soon as China’s ban on mainstream cryptocurrencies took effect.

After that, the Miners came into the ground to earn some of these coins by the proof of work algorithm, and soon a community of Doge Enthusiasts was formed. Within a matter of days and months, millions of coins were already mined and started in circulation.

It became clear that DogeCoin was here to stay maybe as a joke to cryptocurrency or maybe as a real currency because it was easy to mine. Also, soon after that happened in 2013, a mass DogeCoin wallet theft occurred which stole millions of coins from people’s DogeWallet accounts.

It seemed that after the hack, this hype was going to close but then Dogecoin gained more legitimacy among people.

Fast Forward to 2021, Elon Musk is now the Dogefather. The hype which he has made via Twitter for this ShitCoin is no wonder baseless. I’ll explain why I say so, but let’s look at what all happened this year.

Just 23 characters are all it takes for Elon Musk to drive the crypto world crazy. A five-word promotional tweet for his coming SNL episode ended up setting the DOGE rocket off.

It took 14 minutes for the tweet to boost up DOGE by 4 cents. Not only that, from the last few months, every tweet of Elon Musk comes with some of the other plugins of DogeCoin in it. It’s like they have found a Billionaire Brand Ambassador.

Technicalities To Explain Why It’s a SCAM !

If you can comment on any of the utilities of DogeCoin, I promise that I’ll give you $100 USDT to convince me. The coin has absolutely no use-cases. How do I say it? Let’s look at the various available resources to track the same.

Gold, Bitcoin, Diamond, Real Estate all have value because they are limited. That’s what makes it precious. Now some might argue what about Ethereum? Isn’t Ether unlimited in supply too.

If you are comparing Ethereum with DogeCoin, you’re the biggest Idiot I can ever imagine in my life. Ethereum has tons of use-cases other than being used by Elon to shill. Ethereum is like programmable money. You can make dApps on top of the Ethereum Blockchain, make Smart Contracts, have your own ERC-20 Coin over there, and do all of that, you need to pay a fee to miners in form of Ether. That’s the utility. Where’s DOGE’s utility? I’ll say again, it’s garbage.

Visit this website called as BitInfoCharts to see yourself what’s wrong with this coin. I’ll make your job easy, look at this one.

As you can see, over 90% of the supply of DogeCoin is controlled by the last few wallets. And that one guy who has 28% of the supply can dump his coins anytime and become an instant billionaire this year. Now, you’ll say what if Satoshi dumps all his Bitcoins won’t the same happen?

See, if Satoshi were to dump all his 1 million Bitcoins, the price of Bitcoin would tank for sure but would he do that to get more Fiat Money? I mean the first block of bitcoin had this written in it, “The Times 03/Jan/2009 Chancellor on brink of second bailout for banks”.

But Dogecoin was born out of a meme. You get it right? I agree there’s a chance of Satoshi dumping all the world of billions but think about Dogecoin. It’s probably the biggest scam out there but people are buying onto it.

Hence to conclude, I would say that this article wasn’t a financial advice but it’s safer to stay away from coins like Doge as per my opinion.