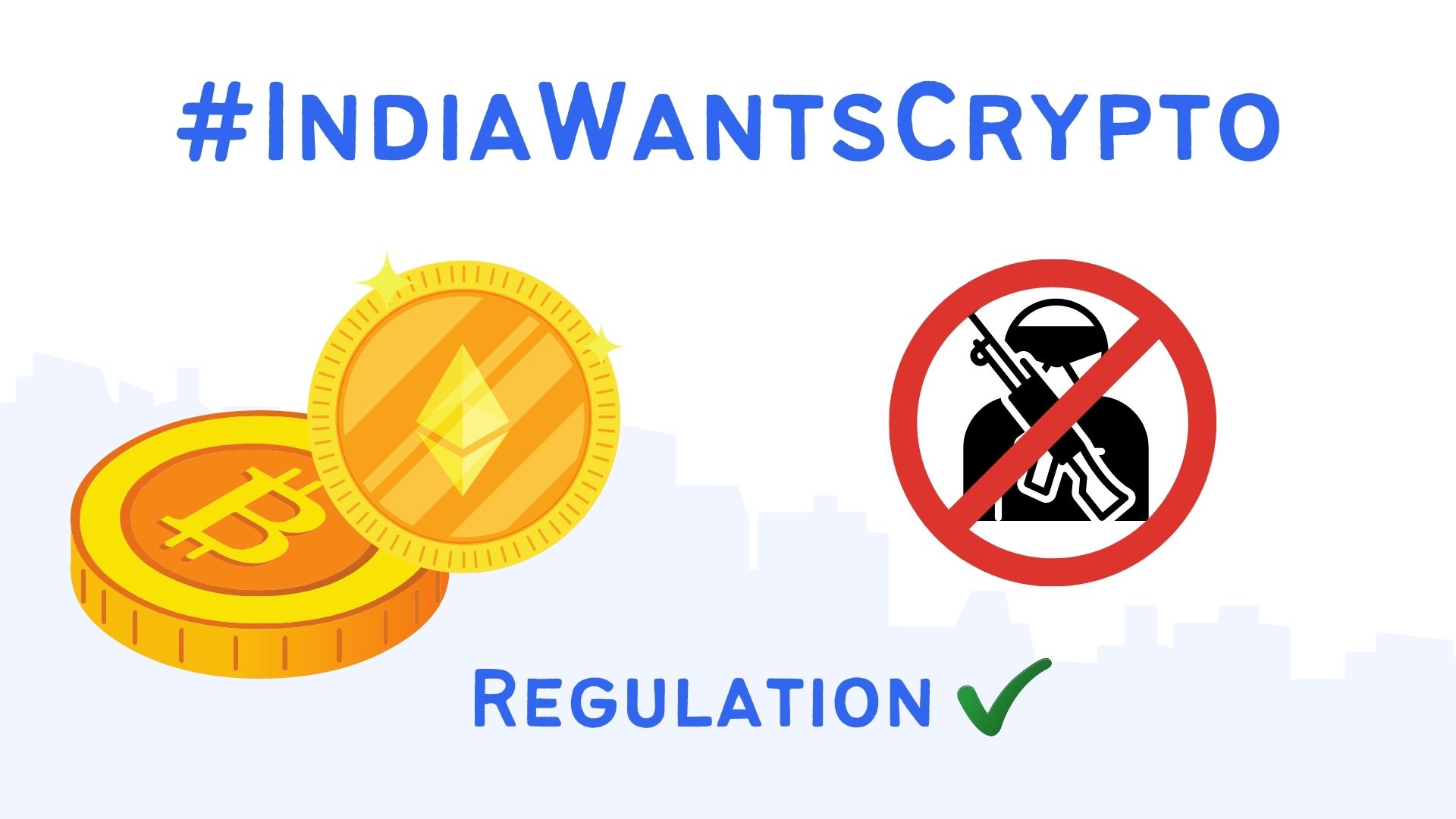 Will India ban Cryptocurrencies? What can you do to prevent this ban

While the Indian Government is about to bring a law that would prohibit the usage of private cryptocurrencies, many investors across the country are panicked about their holding positions and whether they should sell their tokens or not. This confusion arose because of a draft that mentioned the announcement of Government CBDC and the prohibition of all private cryptocurrencies.

As you can see in the image above, it is unclear what the government exactly means by private cryptocurrencies and what its exact definition is. We already have an article on the news which made early investors sell off their digital assets.

After this draft, #IndiaWantsCrypto started trending on Twitter and many people tweeted with their suggestions for this draft bill and what the government wants to mean by Private Cryptocurrencies. People suggested their views on this new bill and suggested applications of Blockchain-based assets from a wider global perspective.

Why CBDC’s won’t solve the problem

Even though the RBI plans to launch a Sovereign CBDC or in layman’s terms a Blockchain-Based INR, the government must understand that it doesn’t fulfill the need of Ethereum or Bitcoin which have a completely different utility. The CBDC won’t be decentralized and it will be issued by a central authority ie, RBI. This completely destroys the fundamental utility of Bitcoin which can be used as a store of value and promotes a global decentralized peer-to-peer payment infrastructure. Ether which is the utility token for the Ethereum Blockchain is used by Smart Contracts, Defi applications, Payments can’t be substituted by INR.

We all agree that INR works as a fantastic mode of exchange in our country but this doesn’t mean it will work across all blockchains. Government must understand this fact and should try to regulate digital assets inspite of imposing a blanket ban.

What can you do to support this mission?

What are the Myths which have to be Debunked

Governments think that Crypto assets are used to fund terror organizations and they provide support to dark web activities. Also, because of the enhanced privacy nature of some tokens like Monero, transactions become untraceable thereby it makes trouble for the government to track terror-funding.

This is where regulations should come into place. Governments must have discussions with Exchanges that act as Fiat-Crypto Gateway to monitor and record user activity on the platforms and report any fraudulent or suspicious transactions to the government immediately. Unlike Cash, Bitcoin is pseudonymous, and it leaves a trace of every single transaction ever conducted on a public blockchain. The fact that Bitcoin can be traced is apparently not clear to the Indian Law Makers who are proposing a ban on the crypto asset. The only right education can debunk this kind of myth.

You can also mail this text separately,

Dear <NAME>,
I am writing this email after knowing that the Government has decided to introduce ‘The Cryptocurrency and Regulation of Official Digital Currency Bill, 2021’.

Let me also clear a myth: Cryptocurrencies are not here to replace INR or USD. They are digital commodities, just like Gold or Silver.

Moreover, popular cryptos like Bitcoin and Ethereum are NOT private. There is no company, no CEO and no jurisdiction to these. It’s incorrect belief that RBI creating its own crypto removes the need for other cryptocurrencies. Existing cryptocurrencies such as Bitcoin, Ether etc. have their own specific use cases. Every blockchain needs its own native token to operate. INR cannot be used in such cases.

The bill has to take into account that cryptocurrencies are legal and regulated in the US, European Union, Japan, Australia, China and every major country in the world. These countries are working on positive regulations.

The parliament should also know that Financial Action Task Force (FATF) and G-20, both global bodies that India is a part of, have released their guidelines on how countries should regulate crypto.

The question is, does India want to be the only democracy in the world to ban crypto against G-20 guidelines?

India’s crypto industry is a thriving ground for:

This is a Trillion Dollar global industry with players like Elon Musk, PayPal, New York Stock Exchange, BlackRock, J. P. Morgan participating in it. Crypto is seen as the biggest technological revolution since the advent of the Internet. All I request is to take an informed decision.

Therefore, I implore your support to call out in the government for positive and progressive cryptocurrencies regulation in India.

Here’s a video which I made on the same