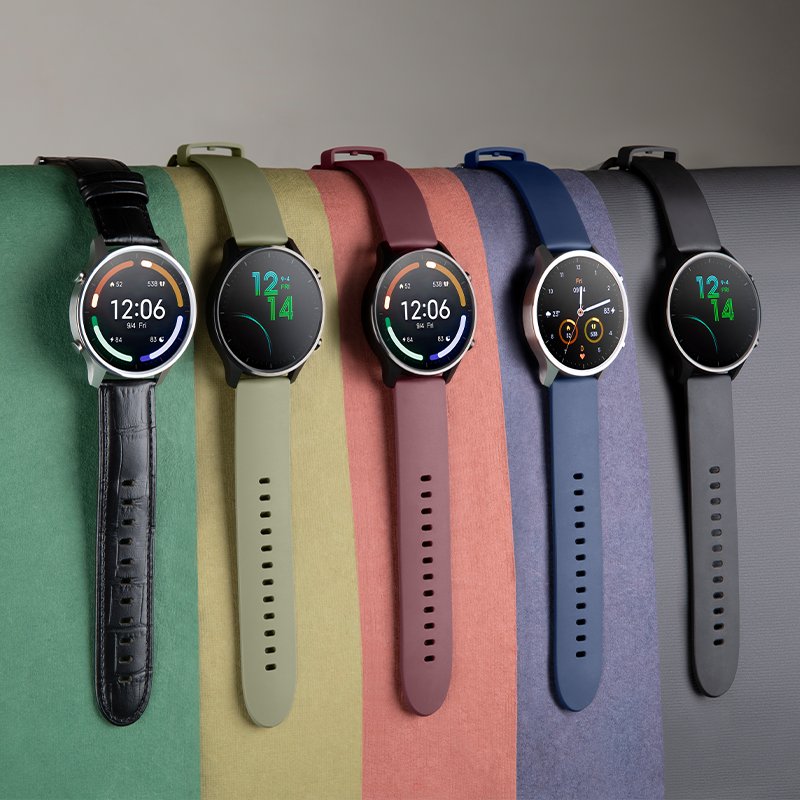 Xiaomi has recently announced a new series of wide range products which will be launched in India. The new series is supposed to launch under the tagline “Smart living”. Some of the devices have already gone on sale in China with some altered variations suited for China. The list of the devices are given below:

First up is the Mi Watch Revolve, which looks almost similar to the Mi Watch Color sold in China which was itself almost identical to the Amazfit GTR watch. The Mi Watch revolve has a 46mm dial which features a 1.39-inch AMOLED touch screen with a 336ppi pixel density, 454×454 resolution, 450nits brightness, Always-On display, anti-scratch coating, Gorilla Glass 3 protection, and 112 watch faces. The smartwatch also offers 5ATM water resistance.

There is a Firstbeat Motion Algorithm which allows the Mi Watch Revolve to offer the best health and fitness suggestions to the user. The inbuilt heart rate variability feature measures time intervals between consecutive heartbeats. There is an energy level tracker feature that helps users to estimate gained and lost energy throughout the day.

The watch has a 420mAh battery which the company claims would give a standby of 2 weeks and a 20 hour run time with GPS enabled. the device also supports GPS, GLONASS, and Bluetooth 5.0 BLE. The device also has a magnetic pogo pin connector. The device also comes packed with sensors like a PPG heart rate sensor, 3-axis acceleration sensor, gyroscope, geomagnetic sensor, baroreceptor, and ambient light sensor.

The Xiaomi Mi Watch Revolve comes in two colour variants such as Midnight Black with Space Blackstrap and Chrome Silver with Neptune Blue strap. The other strap options available for the buyers of Mi Watch Revolve include Cosmic Dust Maroon, Space Black, and Astral Olive.

Xiaomi is further adding to its wearables series in India by launching the Mi Smart Band 5. The new Xiaomi Mi Band 5 has a 20% larger display which is a 1.1inch AMOLED coloured touchscreen along with 450nits brightness and unlimited watch faces. The device is backed by a 125mAh battery and it comes with an all-new magnetic charging feature. As per company once it is charged, the Mi Band 5 can last for up to 3 weeks in power saver mode and 2 weeks in normal mode. The Mi Band 5 is also a 5ATM water-resistant device.

The Xiaomi Mi Band 5 supports other features such as music control, camera control, unlock phones with MIUI, find my phone, mute phone, notifications, weather, timer, and alarm. The Mi Band 5 has sensors like PPG heart rate sensor, 3-axis acceleration sensor, and 3-axis gyroscope. The device is compatible with devices running on Android 5.0 or higher and iOS 10.0 or above.

The device can be bought in colors like Black, Teal, Purple, Navy Blue, and Orange in India.

Xiaomi is adding another pair of new shoes to its collection called the Mi Athleisure Shoes which is also described by the company as “the perfect workout companion”. They kind of look like Xiaomi’s version of the Nike Roshe Run Shoes. The main difference is that the new Xiaomi shoes come with mesh fabric and a big EVA sole. Xiaomi is targeting in growing its health-centric clothing and apparel sector in India by introducing this shoe. It has a trendy, vibrant look and design. The shoe has a honeycomb mesh design which supports better air circulation to keep your feet fresh all day long. The EVA foam soles also add comfort by working as a nice shock absorber for your feet.

The Mi Athleisure Shoes also promises better grip by featuring a ZiG forward grip to prevent any accidental slips to maintain the best workout experience. The shoes also come with a reflective strip and are available in 3 different color variants, namely Blue, Gray, and Black, making it suitable for everyday use.

The Xiaomi Mi Automatic Soap Dispenser is being launched in as personal hygiene and hand care has become increasingly more crucial due to the coronavirus pandemic. So, Xiaomi is launching a new household product to offer a modern design to a traditional concept of hand care hygiene. It has a compact and durable design which comes with a low noise motor and an infrared sensor. It can easily fit into the customer’s bathroom and kitchen. It dispenses soap foams in a quarter of a second claimed by Xiaomi in a completely contactless manner.

It can store 300ml of soap for up to 375 hand washes. It runs on 4 AA batteries which are not included.

Next up is the all-new Xiaomi Mi Smart Speaker which will a new addition to the Xiaomi’s speaker range. The company claims that it was made while keeping in mind about the sound quality. So this smart speaker comes with a 12W speaker and a 63.5mm driver for a superior experience. Being a smart device, this speaker can connect and work with various devices like it can connect with the Google Home app to better control other smart devices like lights, thermostats, smart security cameras, and more. It can also interact in the Hindi language.

The inaugural price of the device is currently 3,499 INR (roughly 47 US Dollars). The device will be available from October 1st, 2020.

The smart bulbs are available for sale.